The last few weeks have been all about training. Yup – that’s right. Finn is training to walk! Well, sort of. At least we are trying to help him along the way. He has a great new toy from his Baba that encourages him to walk more, which he has really taken to.

Step 1 – Learning to Push
Finn’s first inclination with the toy was to just push it along the floor.

Step 2 – Taking a Few Steps
Pretty soon Finn realized he can stand and push the toy along, assuming his feet moved with it!

Step 3 – Repeat Step 2 Over and Over Again
Now Finn seems to get a kick out of walking with the toy now across the floor. He holds on pretty tight but tends to do a one-handed move now and again.

Step 4 – Taking a Break from Training to Stare at Yourself
Nothing like licking your reflection on the oven door…as you drag your winter hat around the kitchen floor. 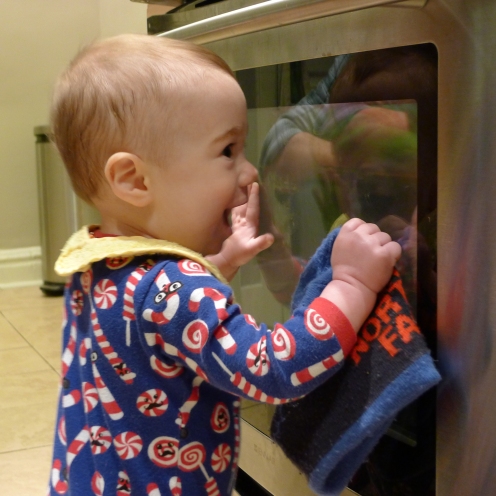 Brunch with Dad
We went out for a quick brunch at Union Market yesterday in D.C. – no high chairs so he lunched on Dad’s lap. 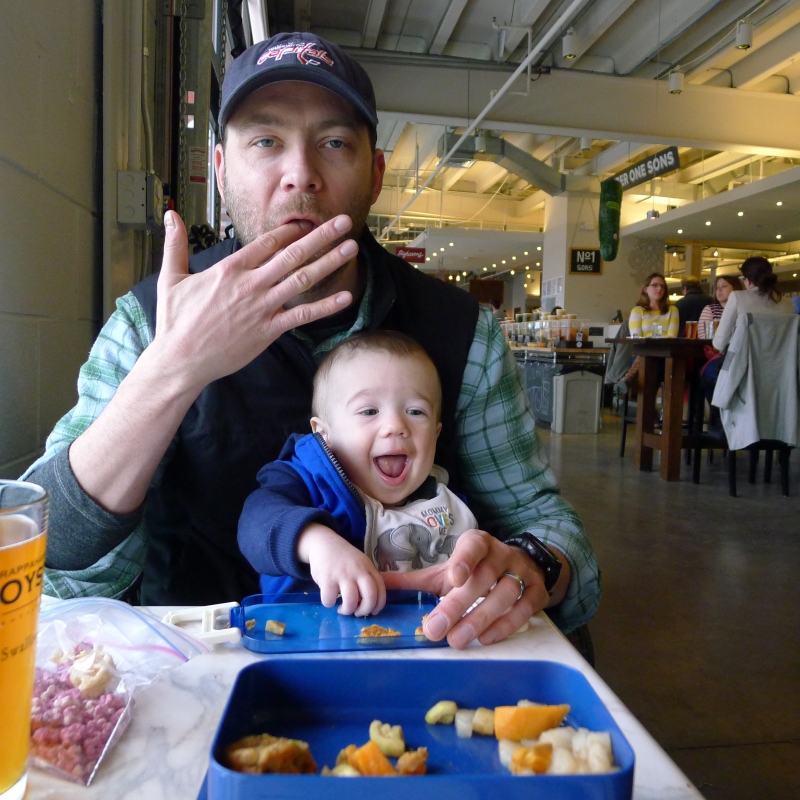 Finn’s Pear Dance
Finn has a new habit that looks like he is grooving to tunes in his head as he eats his pears. Pretty darn cute.

Finn and his Bud Adrian
Hanging out at the park with their nanny Mariatu. It may be freezing out but the kids have to get out!