So after 8 months of almost no sleep at night, we threw in the towel and went for alternative medicine. Yup – that’s right. Elsa got 3, 1 hour sessions, of cranial massages from a Chinese Medicine expert who specializes in babies.  I was skeptical at best but heard from a friend it really helped her non-sleeping baby.  I figured why not? It can’t get any worse than it already was, which was Elsa up 5-10 times a night for no apparent reason, unable to get herself back to sleep. So in we went and was mesmerized to watch her put fussy pants Elsa to sleep in about 6 minutes flat.  I had to take pictures on the second visit has its amazing to see how relaxed she got from massaging techniques used primarily on her spine and head. Over about 3 weeks, it really did relax her and I learned some basic massages to do with her, as the therapist said she could tell Elsa REALLY liked massaging in general.  I am happy to report that Elsa is officially sleeping from 7 PM to 6 AM now solid and life just got slightly normal again. 🙂

Big Blues
No idea where this girl gets her light blue eyes but they sure are magical to look at.

A Baby Maroon
I had to put Elsa in my college onesie and boy did she look cute. 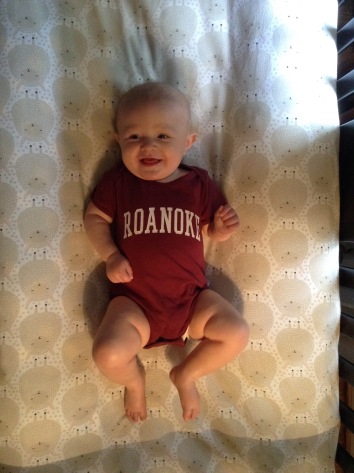 Rock Creek in October
There is nothing like going for a walk in Rock Creek Park on a Saturday, when the main road closes and you can stroll without worry of cars and lots of noise. I took both the kids on a Saturday when Ryan was working. Finn had a ball and Elsa just soaked in the sun and fresh air. 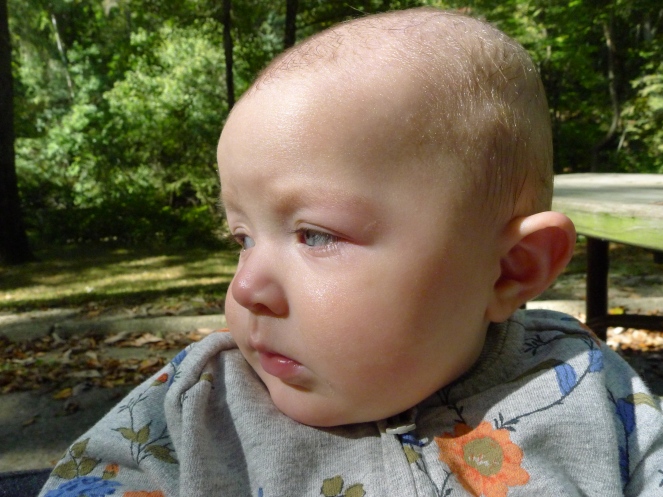 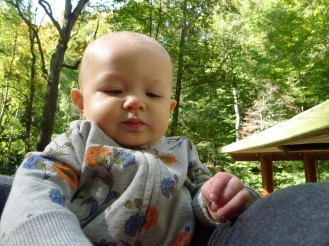 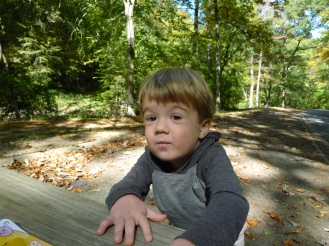 Elsa Discovering Her Feet
That is the one of the best things about watching your baby grow – discovering limbs. Its as if one day she sees them for the first time and can’t get enough of them after that. 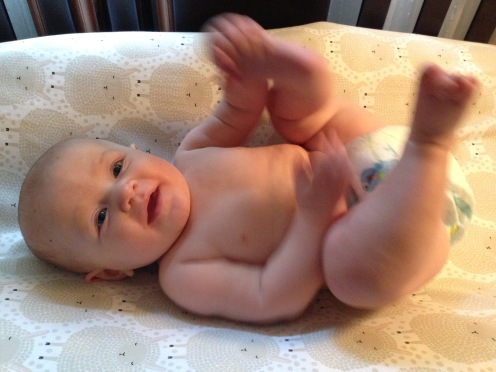 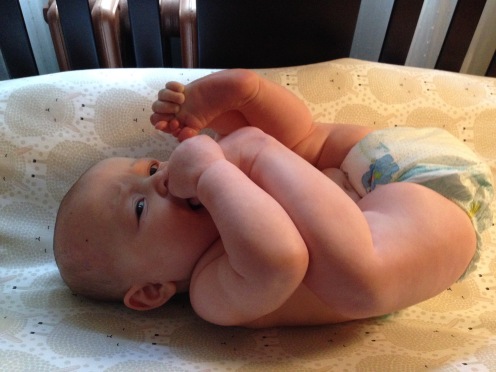 Elsa’s Expressions
Elsa has a lot of different facial expressions lately as she going through a bunch of growth spurts. Her personality is the type that lets you know exactly what is on her mind – happy, sad, frustrated, serious, and more. Here are a few in about a 2 minute span I caught with the camera. 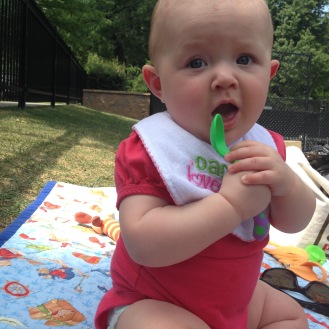 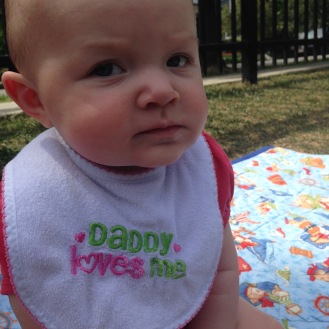 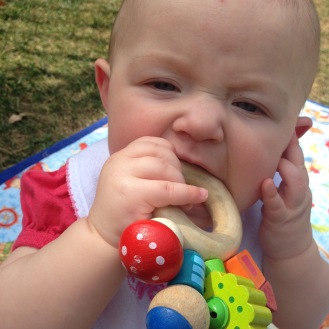 October 18 2015
A lazy Sunday morning at the house. This is the best shot I could get of both of them together, somewhat sitting still and near each other, although both were drowsy still. They really are quite cute together as Finn is taking a real interest in her now that she can sit up, grab at things, steal his toys, and more. He even fed her as he really wants lately to “help”, whether its feeding Elsa little bits of his bagel, taking Ryan’s socks off after he gets home from work, or asking to vacuum the living room rug with our DustBuster. He will no doubt be a great older brother.